(Shot on March 6, 2009) Students from Southeastern University gather Friday afternoon in memorial of fellow students that were killed while walking home shortly after 2:00am on the morning of March 6, 2008 on Nashville Street in Hammond, Louisiana after a drunk driver hit five students killing three and critically injuring one and leaving one student with minor injuries, the driver identified as 21-year-old Derek Quebedeaux also a Southeastern student was arrested by Hammond Police.. (Photo by: Derick Hingle) 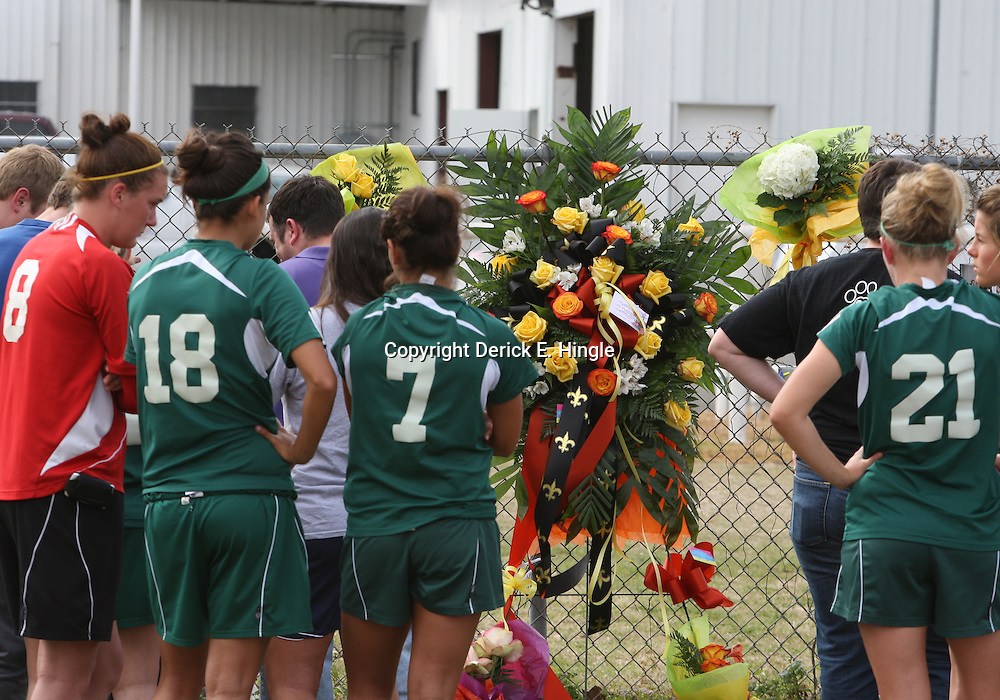