2009 April 26: Y.E. Yang of Jeju Island South Korea prepares to tee off from the 18th hole during the final round of the Zurich Classic of New Orleans PGA Tour golf tournament played at TPC Louisiana in Avondale, Louisiana.Yang on August 16, 2009 became the first Asian born PGA Player to win a major with his win in the PGA Championship in Chaska, Minnesota. 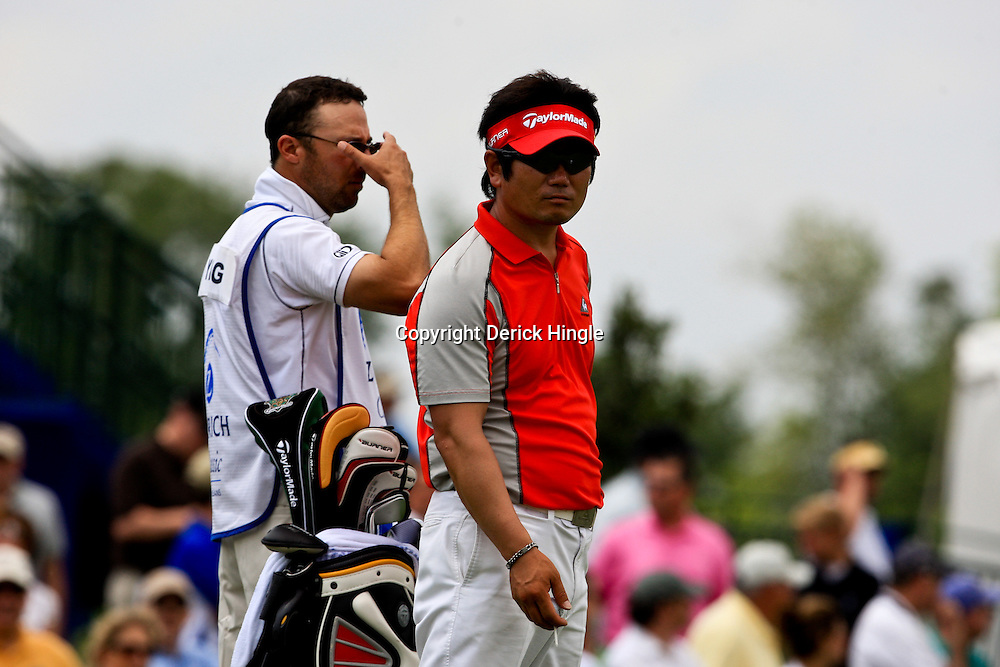